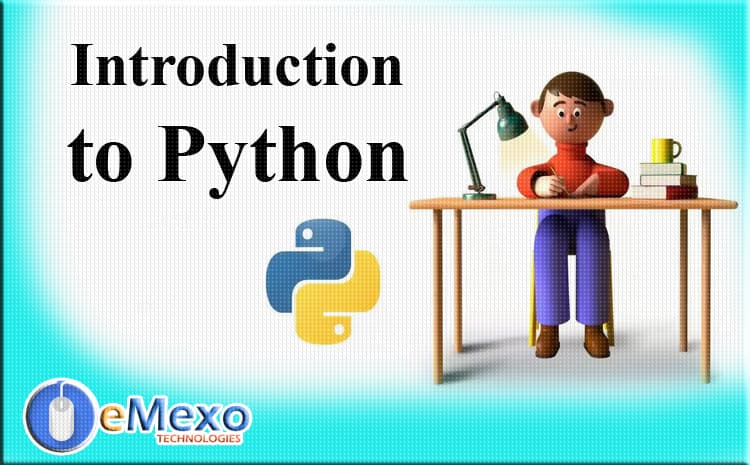 At first, Python is a universally interpreted, interactive, object-oriented, high-level programming language. Then, it was developed by Guido van Rossum between 1985 and 1990. As well as Perl, the Python source code is available under the GNU General Public License (GPL). Finally, This Python tutorial helps you to have a good understanding of the Python programming language.

Python is a popular, dynamic, high-level, interpreted programming language. Then, It supports an object-oriented programming approach for developing applications. It’s simple, easy to learn, and has many high-level data structures. Python is easy to learn, but it’s a powerful and versatile scripting language that makes it attractive for application development.
It was only considered useful for automating tedious things, but it quickly became apparent for its versatility. Python is different from dedicated languages ​​such as HTML / CSS, Ruby, and PHP.
Python is also a cross-platform compatible language. So what does that mean? Well, you can install and run Python on multiple operating systems. Whether you’re using Windows, Mac, or Linux, you can rest assured that Python works on all of these operating systems.

Learning the Python programming language is fun. If you compare Python to another language such as Java or C ++, you’ll find that the syntax is much simpler. Also, don’t worry about the lack of a semicolon (;) at the end.
Suppose you want to print “Welcome to eMexo Technologies” on your screen. Let’s compare the syntax of Python and Java.

On the other hand, we can do this using one statement in Python.

Both programs return the same result, but Python requires only one statement without the use of semicolons or braces.

Python provides programmers with many useful functions. These features make it the most popular and widely used language. Below are some important features of Python.

What are the areas in which python gets used?

Python is a universal and popular programming language used in almost every technical field. The various areas that use Python are listed below.

At first, Python has a wide range of libraries and frameworks that are widely used in a variety of areas, including machine learning, artificial intelligence, and web applications. Finally, We define some common Python frameworks and libraries as follows:

Now that you’ve learned what Python is and what you can do with Python, let’s write a simple Python program to harness your knowledge.
Take a look at the Python program in this example-
Problem-Create a Python program that gets two numbers from the user and outputs their sum.

Python has great career opportunities in the IT industry. Almost every other IT company, be it a start-up or a multinational company, uses Python for a variety of applications. Therefore, if you have a good knowledge of Python, you will have to do different jobs in different areas such as machine learning, cloud infrastructure, website design, and testing.

I think you’ve got a clear idea of ​​what Python is. And what are the benefits it offers? Start learning Python today and start your journey to become a Python developer.