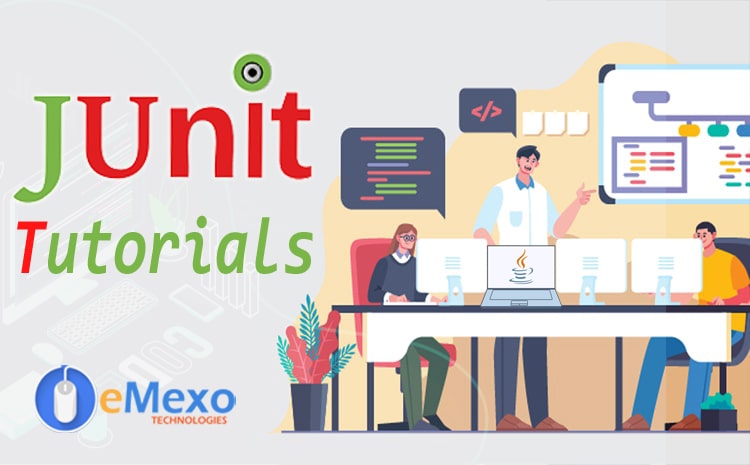 JUnit is Java’s most popular and widely used unit testing framework. This allows developers to elegantly test their code. Apparently, TestNG is cleaner than JUnit, but JUnit is much more popular than TestNG. JUnit has excellent mock framework support like Mockito, which provides a custom JUnit 4 runner.

JUnit 4 is an annotation-based, flexible framework. The following are the advantages of JUnit 4 over its predecessor:

Follow the steps below to create your first test.

Create a test class under the test source package. Create a source folder called test and create a SanityTest.java Java class under the com.packtpub.junit.recap package.

We recommend that you use the test suffix to create your test class. Therefore, the MyClass class has a MyClassTest test class. Some code coverage tools ignore tests unless they end with a test suffix.

2. Add the following code to the SanityTest class:

In the previous class, we created 6 methods. The two test methods are annotated with @Test. Note that the two methods (beforeClass and afterClass) are static and the other four are non-static. Static methods annotated with @BeforeClass are called only once before the test class is instantiated, and @AfterClass is called after the class has finished all execution.

Press Alt + Shift + X and T or navigate to Run | Run As | JUnit Test. You will see the following console (System.out.println) output:

An assertion is a tool (predicate) used to validate programming assumptions (expectations) with the actual results of program implementation. For example, a programmer might expect to add two positive numbers together to get a positive number. Therefore, he or she can write a program that adds two numbers and confirms the expected result in the actual result.
The org.junit.Assert package provides statically overloaded methods to assert expected and actual values ​​for all primitive types, objects, and arrays.

The following are the useful assert methods:

We will use the assert methods in the test as follows:

1. Create a AssertTest test class under com.packtpub.junit.recap. Add the following lines to the class:

The previous code defines two integer objects i and j, which are initialized to 5. If you pass them to assertEquals now, the test will pass because the assertEquals method calls i.equals (j) instead of i == j. Therefore, only the values ​​are compared, not the references.
The assertEquals method works for all primitive types and objects. To validate the Double value, use the loadedassertEquals (actual, Expected, Delta) method, or use BigDecimal instead of Double.

The assertNotSame method fails only if the expected object and the actual object refer to the same location. Here, the values ​​of i and j are the same, but the memory references are different.

Exception handling is important for testing error conditions. For example, the API requires three objects. If the argument is null, the API should throw an exception. This is easy to test. If the API does not throw an exception, the test will fail. The @Test annotation takes the expected=<<Exception class name>>.class argument. If the expected exception class does not match the exception thrown by the code, the test will fail. Consider the following code:

Instead of annotating the test, you can use @Ignore to annotate the test method and ignore it. Commenting out tests and code has bad results, as it only increases the code size and reduces readability. When I comment out a test, the test report does not show anything about the commented-out test. However, ignoring the tests indicates that some tests are being ignored and the test report needs correction. This is a way to track ignored tests. Use @Ignore (“Reason: Why do you want to ignore it?”). The correct explanation explains the intent behind ignoring the test. The following is an example where the check method is ignored because the vacation calculation does not work.

You can place the @Ignore annotation on a test class, effectively ignoring all the contained tests.

For example, if you want to create a slow test that inserts a row into the database, update the row first and then delete it. Here, the delete or update function cannot be executed unless the insert function is executed.
JUnit 4.11 provides the @FixMethodOrder annotation to specify the execution order. Requires enums MethodSorters.
To change the execution order, annotate the test class with @FixMethodOrder and specify one of the following available EnumMethodSortersconstant:

Let’s create some tests to verify this behavior.
Add a TestExecutionOrder test and create the test as shown in the code snippet below:

Run the tests. The execution order may vary, but if we annotate the class with @FixMethodOrder(MethodSorters.NAME_ASCENDING), the tests will be executed in the ascending order as follows:

The following Eclipse screenshot displays the test execution in the ascending order:

Here, for simplicity, we added a isSonarRunning variable to replicate a SONAR server facade. In the actual code, we can call an API to get the value. We will set the variable to false. Then, in the test, we will reset the value to true. This means SONAR is running. So, our assumption that SONAR is not running is false; hence, the test will be ignored.

The following screenshot shows that the test is ignored. We didn’t annotate the test using @Ignore:

To run multiple test cases, JUnit 4 provides Suite.class and @ Suite.SuiteClasses annotations. This annotation takes an array of test classes (comma separated). Create a TestSuite class and annotate the class with @ RunWith (Suite.class). This annotation causes Eclipse to use the suite runner. Then annotate the class with @ Suite.SuiteClasses ({AssertTest.class, TestExecutionOrder.class, Assumption.class}) and pass the comma-separated test class name. The code snippet is:

During execution, the suite runs all tests. Following is a screenshot of running the suite. Make sure that 7 tests are running from 3 test devices (AssertTest, TestExecutionOrder, and Assumption).

JUnit testing is automated so you can get quick feedback after changing your code. If the test runs too long, it violates the quick feedback principle. JUnit provides a timeout value (in milliseconds) for the @Test annotation to ensure that the test fails if it runs longer than the specified value. The following is an example of a timeout.

Here, the test will automatically fail after 10 milliseconds.