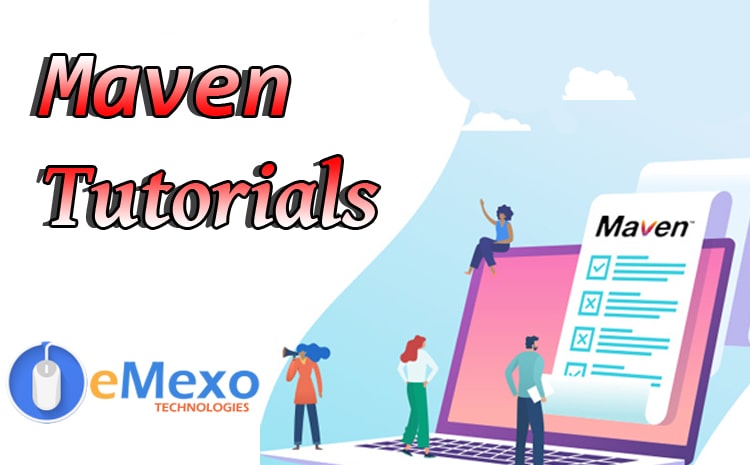 The Maven Tutorial provides basic and advanced concepts for Apache Maven technology. Maven tutorials are aimed at both beginners and professionals. Apache Maven is a software project management and understanding tool. Based on the concept of the Project Object Model (POM), Maven can manage project construction, reporting, and documentation from a central point of information. Maven allows you to create and manage Java-based projects. In this tutorial, you will learn how to use Maven in your daily life when developing projects.

Maven is a software project management and builds tool primarily used based on Java.
Although it’s a project, it can also be used to manage projects in other programming languages ​​such as C# and Ruby. Maven helps you manage builds, documents, reports, dependencies, and software
Configuration management (SCM), release, and distribution.
Simplifies the build process like ANT. But it’s more advanced than ANT.

Understand the problem without a maven?

There are many problems that we face during the project development. They are:

1) Add a set of glasses to each project:

3) Build and deploy the project:

What do Build tools will do for us?

Maven simplifies the above-mentioned problems. It does mainly following tasks.

what is the difference between ANT and MAVEN?

Maven searches for the dependencies in the following order:

Download and unzip the ZIP file. Next, you need to set JAVA_HOME and MAVEN_HOME
And Maven’s path.
When you try to run the MVN command without setting the path, you will notice that the MVNn command does not exist.

Now let us confirm whether the maven is configured properly or not…. open the new command prompt
and run the below command.
MVN –version

Done…we have successfully configured maven in our system..let’s do further.

The life cycle of Maven

A Build Lifecycle is Made Up of Phases

At first, Each of these build lifecycles is defined by a different list of build phases, including build phases.
Then it Represents a phase of the life cycle.
For example, the standard life cycle includes the following phases (For lifecycle stages, see Lifecycle Reference) :

These life cycle phases (and other life cycle phases not shown here) are executed
Complete the default life cycle, one at a time. Given the life cycle stages above, this means:
If you use the default lifecycle, Maven first validates the project and then tries to compile it.
Run against sources, tests, package binaries (for example jar), and run integration tests
Check the integration test for this package and install the confirmed package locally
Create a repository and then deploy the installed package to a remote repository.

In your development environment, use the following call to create an artifact and install it in your local repository.

This command runs each standard lifecycle phase in turn (validation, compilation, testing, packaging,
Confirm ..) Before running the installation. You need to call the last build stage to execute in this case, install.

How to create a maven project through the command line?

Save the project, create a directory somewhere, and start the shell of this directory. At the command line, run the following Maven target:

In maven 2 files are most important 1. pom.xml 2. setting.xml

The Project Object Model (POM) is the basic unit of work for Maven. XML
A file containing information about the project and configuration details that Maven uses to build the project (dependencies, plugins, etc.). including default value for most projects.

The settings element in the settings.xml file contains elements used to define values that configure Maven execution in various ways, like the pom.xml, but should not be bundled with any specific project, or distributed to an audience. These include values such as the local repository. location, alternate remote repository servers, and authentication information.

There are two locations where a settings.xml file may live: