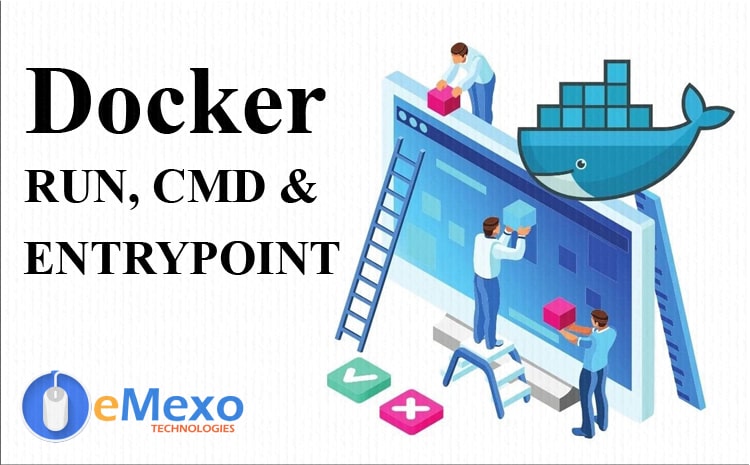 Some Docker instructions look similar and cause confusion for new developers using Docker. This post uses an example to illustrate the differences between Docker CMD, RUN, and ENTRYPOINT.

RUN executes the command on the new layer to create a new image. For example, often used to Install the software package.

CMD sets default commands and parameters that a running command line can override for Docker containers.

ENTRYPOINT setups a container that runs as an executable file.

When Docker runs the container, the images in it get to run. This image is usually created by running Docker instructions to add a layer on top of an existing image or OS distribution. The operating system distribution is the starting image and each layer added creates a new image.
The final Docker image resembles an internal OS distribution and some layers above it.
For example, with a series of deb packages and your application on top of Ubuntu 14.04 distribution.

All three statements (RUN, CMD, and ENTRYPOINT) can be specified in shell or exec form. Forms are usually more confusing than instructions themselves, so let’s understand these forms first.

Build the Docker image $ docker build-t test.
When instruction gets executed in shell form, it calls / bin / sh-c <command> under the hood and normal shell processing is performed. For example, the following snippet in Dockerfile

Notice that the variable name has been replaced with that value.

This is the recommended format for the CMD and ENTRYPOINT commands.

When the statement is executed in exec form, the executable is called directly and no shell processing occurs. For example, the following snippet in Dockerfile

How to run bash?

If you need to run bash (or an interpreter other than sh), use the exec form with /bin/bash as
Executable. In this case, normal shell processing is performed. For example a snippet from Dockerfile

You can use the RUN instruction to install the application and the required packages. Run all commands on the current image and commit the result to create a new layer.
Often there are multiple RUN instructions in a Dockerfile.

There are two forms of RUN:

(See the Shell and Exec forms sections above for form details.)
A good example of a RUN instruction is to install a multiple version control systems package:

Again, the first and third forms are described in the Shell and Exec forms sections. The second is used in combination with the exec form in ENTRYPOINT instruction. Sets the default parameter that is added after the ENTRYPOINT parameter when running the container with no command-line arguments.
See, ENTRYPOINT for example.

Let’s see how the CMD command works. The following snippet of Dockerfile

However, if the container is running on a command. Example: docker run -it <image> /bin/bash, is CMD
Ignore it and run the bash interpreter instead.

Be very careful when choosing the ENTRYPOINT form, as the forms behave very differently.

Exec form of ENTRYPOINT allows you to set commands and parameters and then use either
form of CMD to set additional parameters that are more likely to be changed. ENTRYPOINT
arguments are always used, while CMD ones can be overwritten by command line arguments
provided when the Docker container runs. For example, the following snippet in Dockerfile

However, if the container is running as docker run -it test5 Reddy will result in

Use the RUN statement to add a layer on top of the original image to build the image. When building an executable Docker image, ENTRYPOINT takes precedence over CMD, and commands are required Always run. In addition, use CMD if you need to specify additional default arguments this can be overwritten from the command line while the Docker container is running.
Select CMD if you need to provide default commands or possible arguments overridden from the command line when running the Docker container.