Design patterns are reusable template solutions designed to solve common problems in software development. Such as Iterative code, reusable patterns, redundant features, etc. These are like customizable blueprints to solve the problem. This concept was first explained by Christopher Alexander and later widely known as the gang of four by four authors (Erich Gamma, John Brissidis, Ralph Johnson, Richard Helm) and later in their book “Design Patterns: Published in “Elements of Reusable Object-Oriented Software”. Design patterns teach developers how to solve common problems without spending a lot of time and effort developing solutions. This greatly increases the need for software developers to know these patterns.
Take a look at the most common design pattern interview questions and answers. These questions are useful for coding interviews and competitive exams.

Before we begin the important Interview questions for the Design Pattern, let us know about the Java training in Electronic City Bangalore provided by eMexo Technologies one of the best Java training institute in Electronic City Bangalore. With the best faculty of industry experts, the latest classroom techniques, lab facilities, and course curriculum to the needs of the industry, we prove to be the best Java training institution in Bangalore. We believe in the perfect balance between theory and practice. Therefore, many real-life live projects are guided during the course to give students real insights. Don’t wait just make your enrollment now and schedule your java course demo class today.

1. What are the design principles in java [OO Design Principles]?

Encapsulate What Changes– hides implementation details, helps in the maintenance

Dependency Injection or Inversion principle – don’t ask, let the framework give to you

Favor Composition over Inheritance – Code reuse without the cost of inflexibility

Liskov Substitution Principle (LSP) – Subtype must be substitutable for supertype

Programming for Interface not implementation – helps in the maintenance, improves flexibility

Delegation principle –don’t do all things by yourself, delegate it

When to use Builder Design pattern in Java 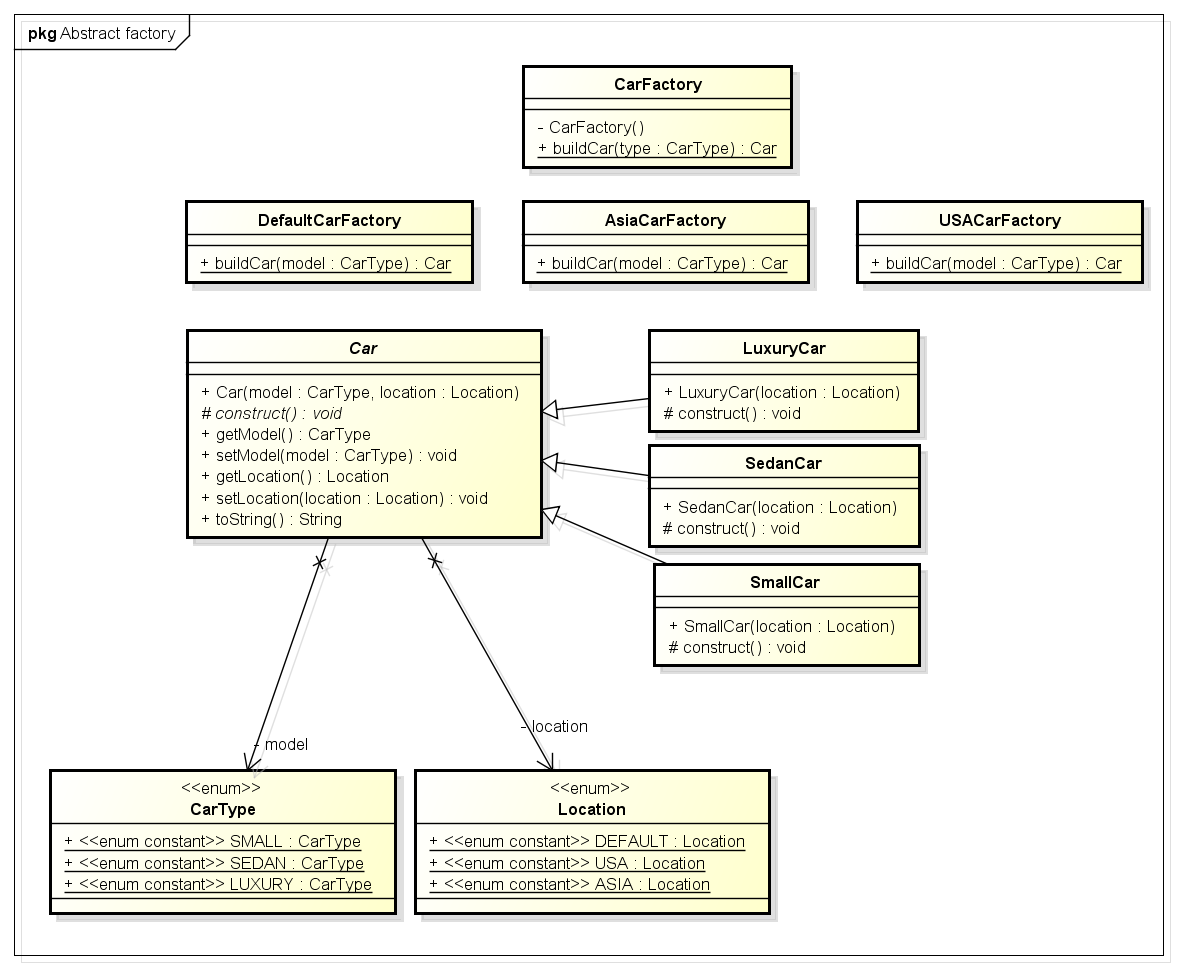 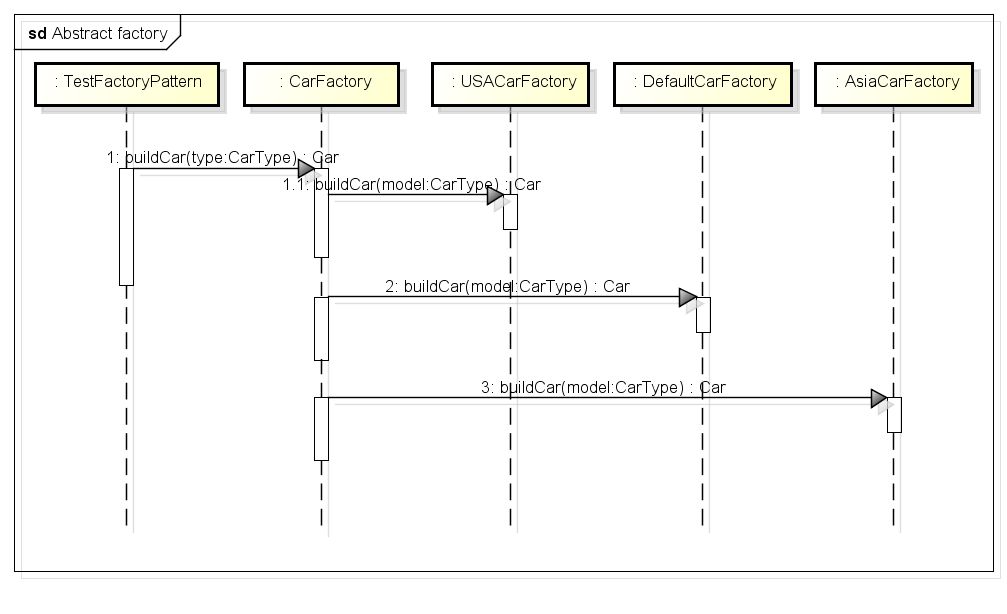 This adds extra work of creating another enum for storing different locations.

All vehicle types also have additional location properties. I’m writing only for luxury cars. The same applies to small cars and sedans.

So we have created basic classes. Now let’s have different car factories.

Now, there are three different car factories. Next, we need to abstract how to access these factories. Let’s see how?

We are done with writing code. Now, let’s test what we have written till now. 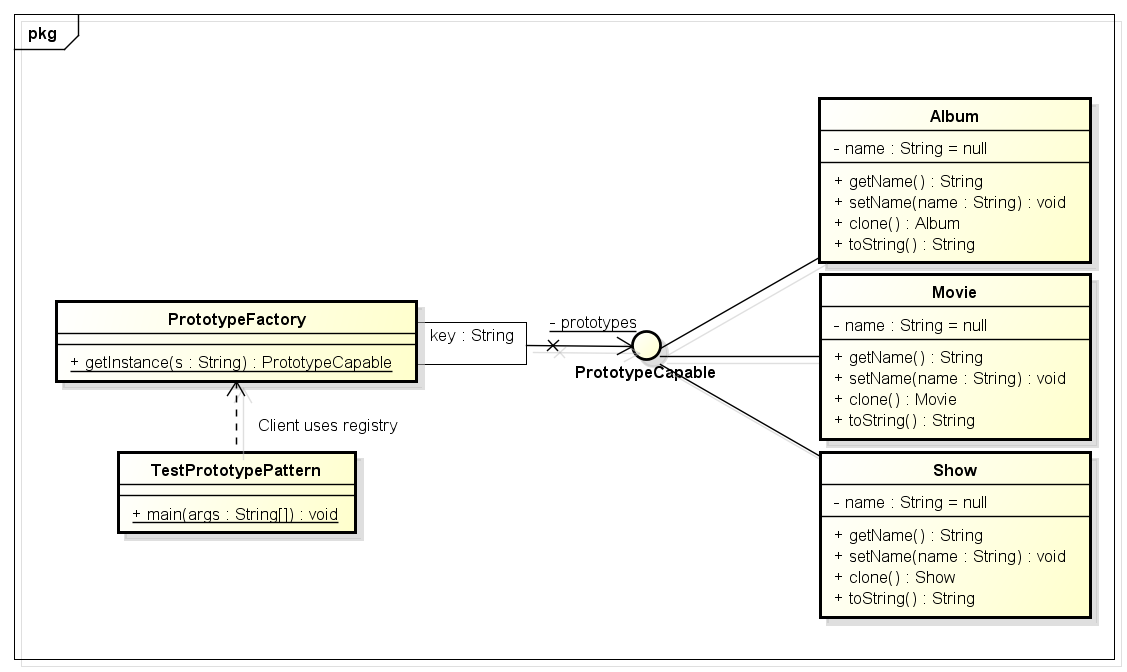 The above class diagram explains the necessary classes and their relationship.

Only one interface, “PrototypeCapable” is a new addition to the solution. The reason to use this interface is the broken behavior of the Cloneable interface. This interface helps in achieving the following goals: 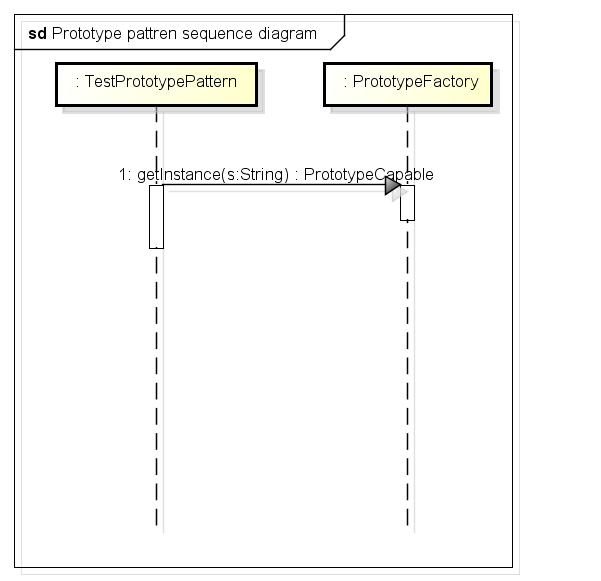 When you run the client code, the following is the output.